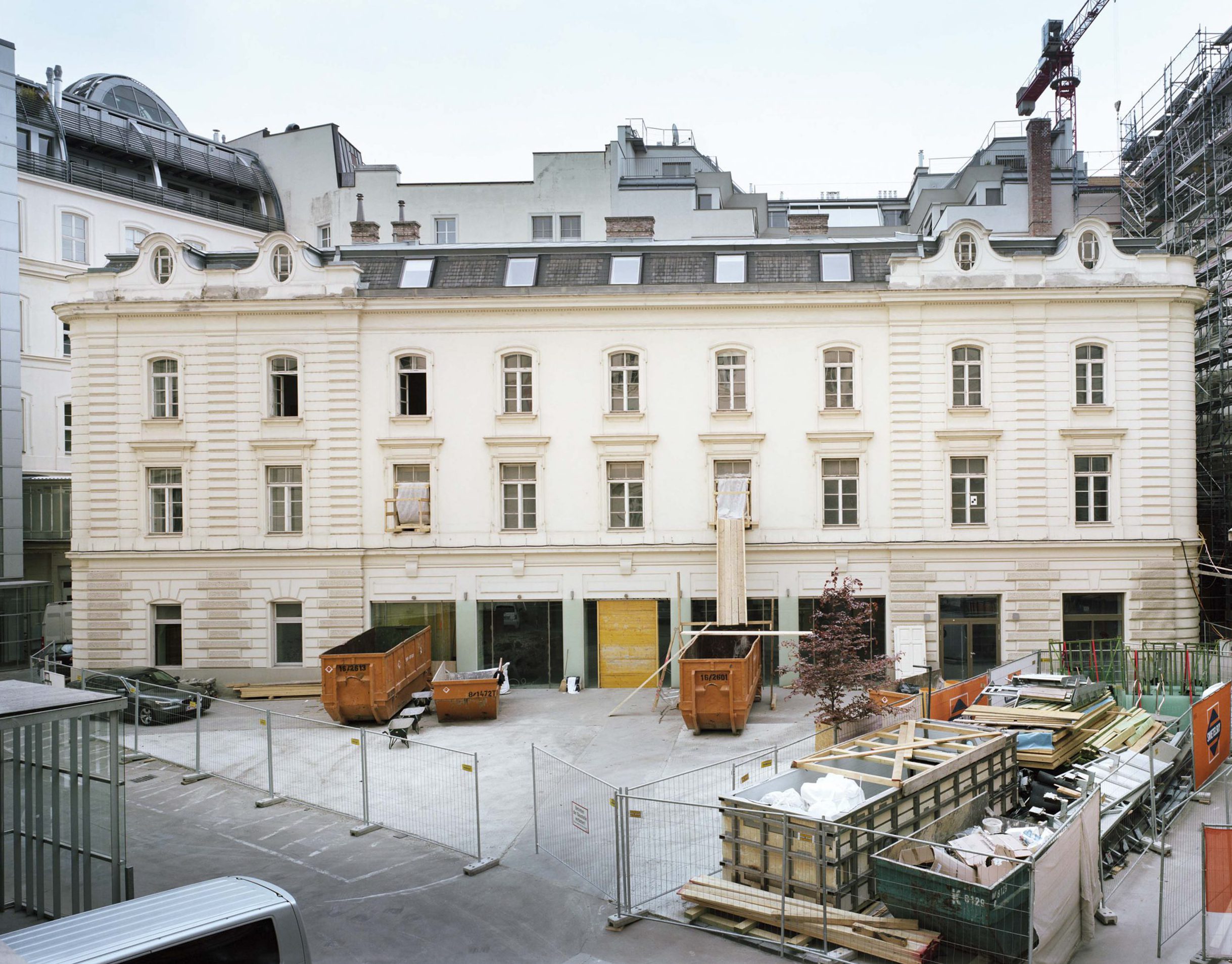 The internationally respected art collection of Heidi Goëss-Horten will be on permanent show in the heart of Vienna from 2022. To this end, Archduke Friedrich’s former chancellery building in the Hanuschhof, which is prominently situated between the State Opera and the Albertina, is being converted into a private museum, although the term “museum” fails to do the concept justice: The small palace is being upgraded into a bespoke, flexibly organizable space for the outstanding art treasures. The historic façade is covered with wild vines and wisteria, which will combine with the outdoor sculptures to enhance the atmosphere of the courtyard for visitors and locals alike. In order to create a covered entrance area, a corner has been cut out of the existing building. Behind this, a surprisingly generous spatial volume appears. The entire central wing of the building has been opened up to create a three-storey-high space, within which two suspended, column-free and apparently floating exhibition plateaus are connected by creatively shaped stairs to form a large-scale sculpture. The space remains tangible, opening up in the form of voids of up to nine metres in height. This diversity is complemented by cabinets in the side wings, which also serve as small exhibition spaces. One of these is atmospherically devoted to the collector herself. The entire building exudes elegance and charm. 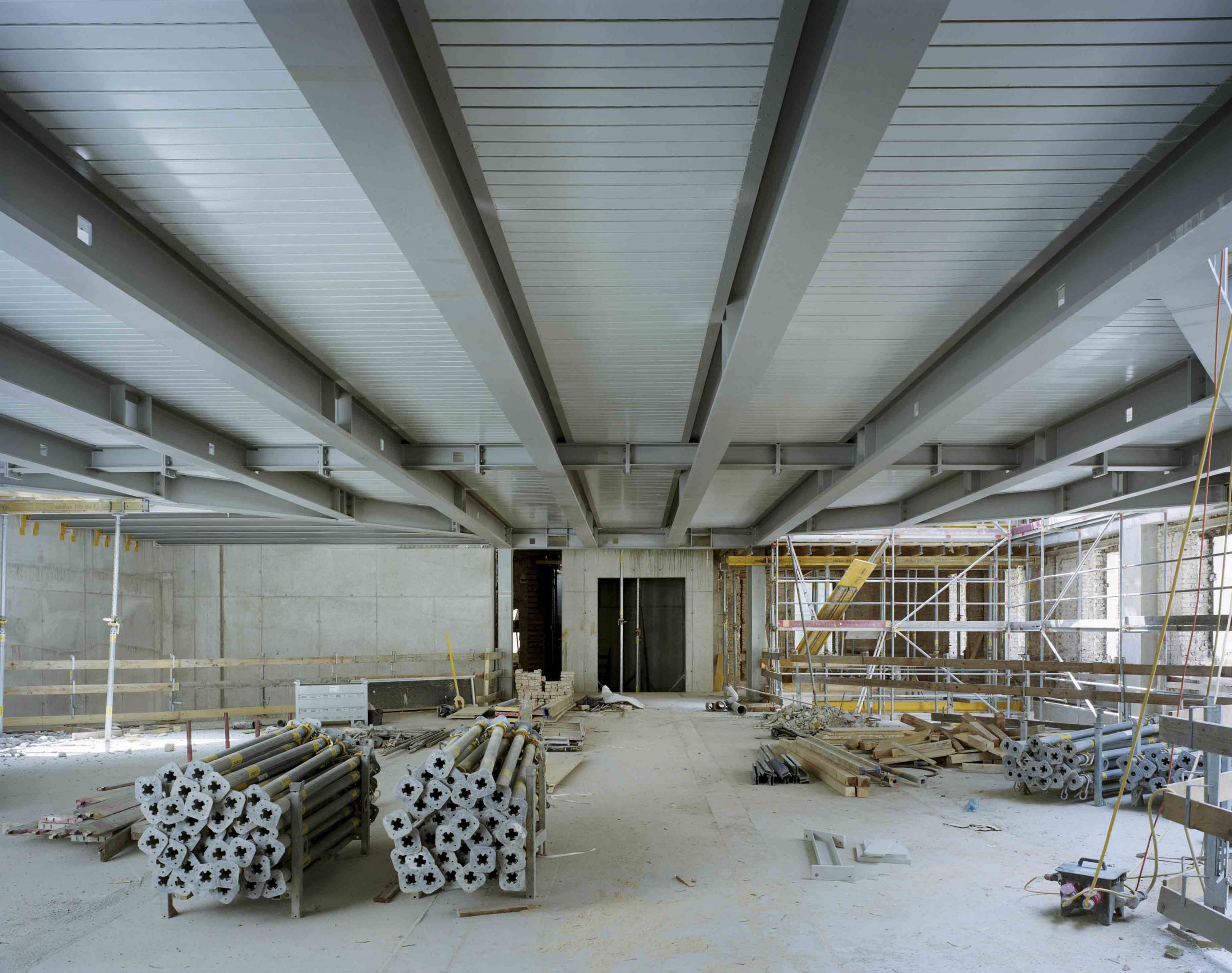 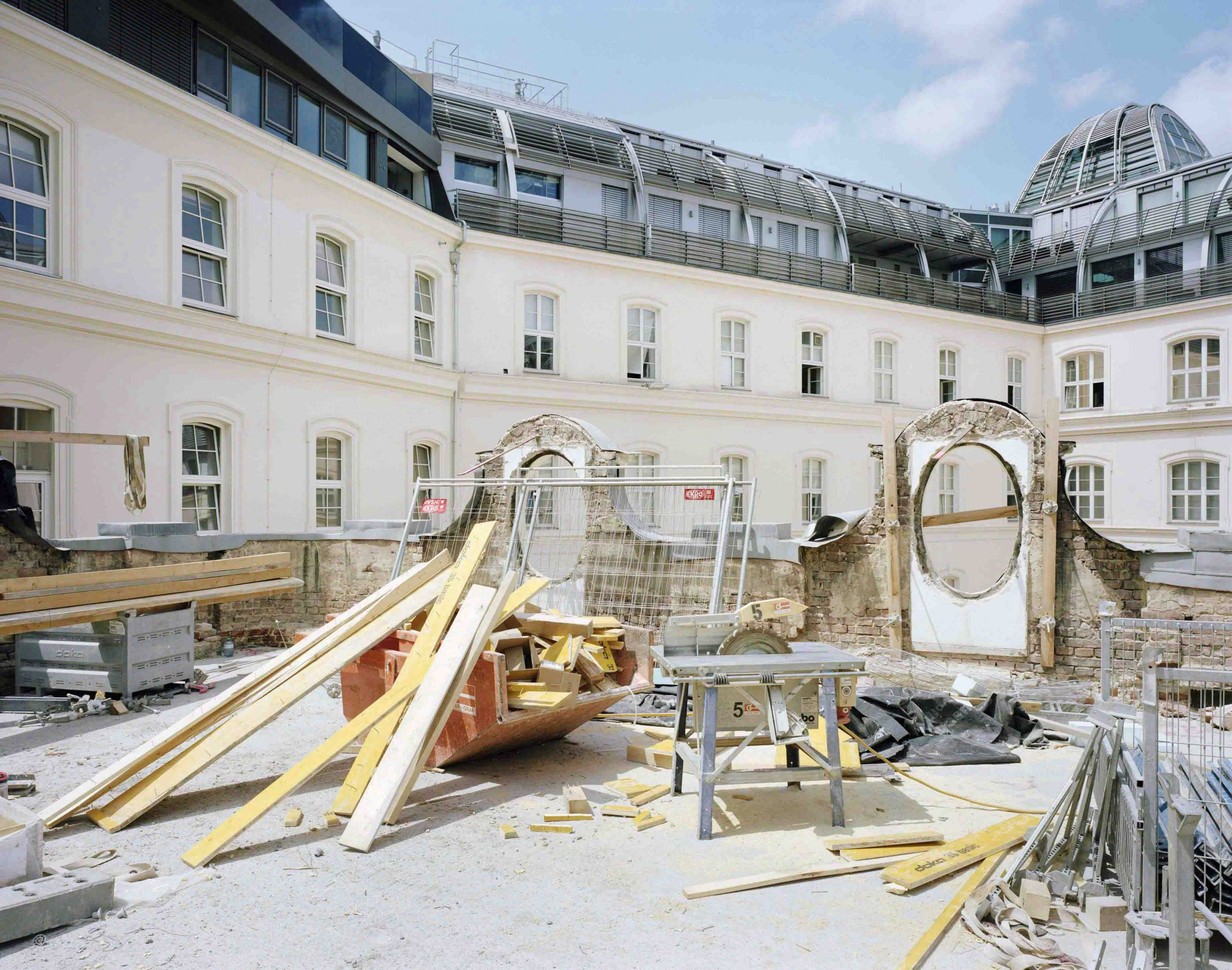