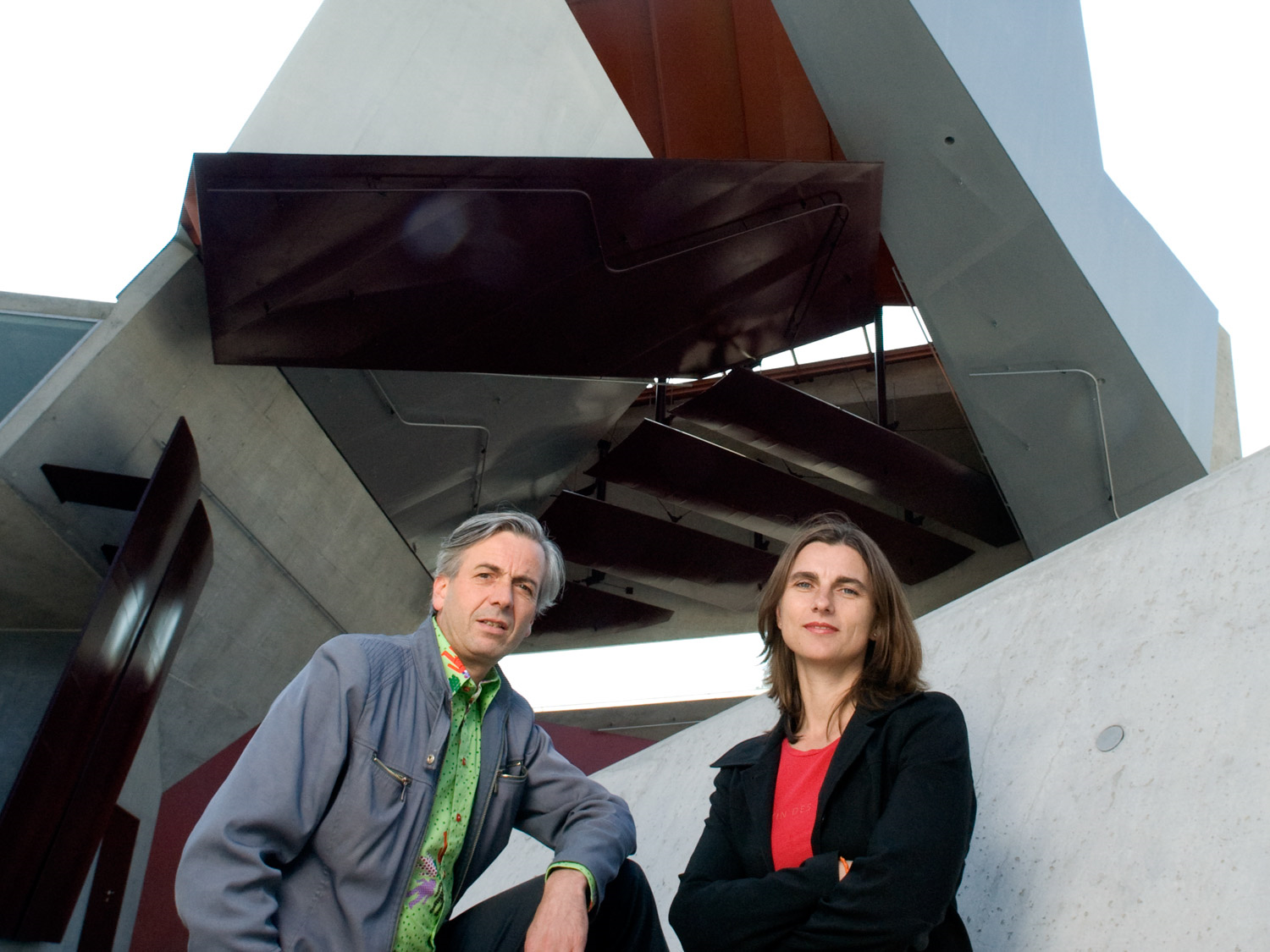 the next ENTERprise Architects was founded in Vienna in 2000 by Marie-Therese Harnoncourt-Fuchs and Ernst J. Fuchs. Besides concrete building projects, they also design installations, exhibitions, experimental interventions in the cityscape and large-scale urban concepts. One of their strengths is their ability to reinvent spaces and spatial concepts in new and often surprising ways that ensure that such spaces only discover their true function when they are used, while remaining flexible enough to adapt to unforeseeable future needs and developments.
This multiplicity of interpretations offers maximum flexibility to users as they occupy these spaces and – in combination with an always precise incorporation of atmospheric qualities such as light, acoustics and materiality – plays an important role in the work of the office. As a result, the architecture is able to fulfil its entire potential, while the spatial and programmatic limits of the buildings and concepts are consciously conceived to be permeable. This results in a dynamic interaction between space, atmosphere, context and users.

This approach can be seen in all of the projects of the next ENTERprise Architects. Their characteristic works include the Seebad Kaltern / Lido di Caldaro (IT) – a richly experiential swimming pool that can be transformed in the evening into an event location, the Wolkenturm in the grounds of Grafenegg Castle – an internationally celebrated and multiple award-winning open air stage, where the performance space and landscape merge to create a unique, borderless structure, the masterplan for the Favoriten Roundabout, which topographically and programmatically integrates the surrounding urban volumes in order to develop a new and dynamic urban district and the installations “Audiolounge” and “Noeklius_ informed sculpture,” which employ a process of digital generation to translate content into spatial forms that can be haptically experienced by visitors. The approach of the office is also exemplified by the project “HAWI – Experimental Temporary Living”, which not only presents an innovative residential concept, but also activates an existing building complex as a hybrid urban element and makes this accessible to the wider neighbourhood as part of the Kempelenpark pilot project.

The buildings of the office have been published worldwide and nominated for many international honours, including the Mies van der Rohe Award, the Iakov Chernikhov International Prize and the Piranesi Award, and they have also received a number of prizes including the AIT Award, (the prize for experimental tendencies in architecture as the POOR Boys ENTERPRISE) and, on several occasions, the Client Prize of the Central Association of Austrian Architects. In recent years, the architectural work of the next ENTERprise Architects has been recognised by the award of the Hans Hollein Art Prize for Architecture and of the City of Vienna Award and the Culture Award of the Province of Lower Austria, both in the architecture category.
Marie-Therese Harnoncourt-Fuchs and Ernst J. Fuchs have been teaching and lecturing in Austria and abroad since 1998 and are active members of a number of advisory boards and juries. In 2018, Marie-Therese Harnoncourt-Fuchs was appointed Professor for Design and Building Theory at the University of Kassel.