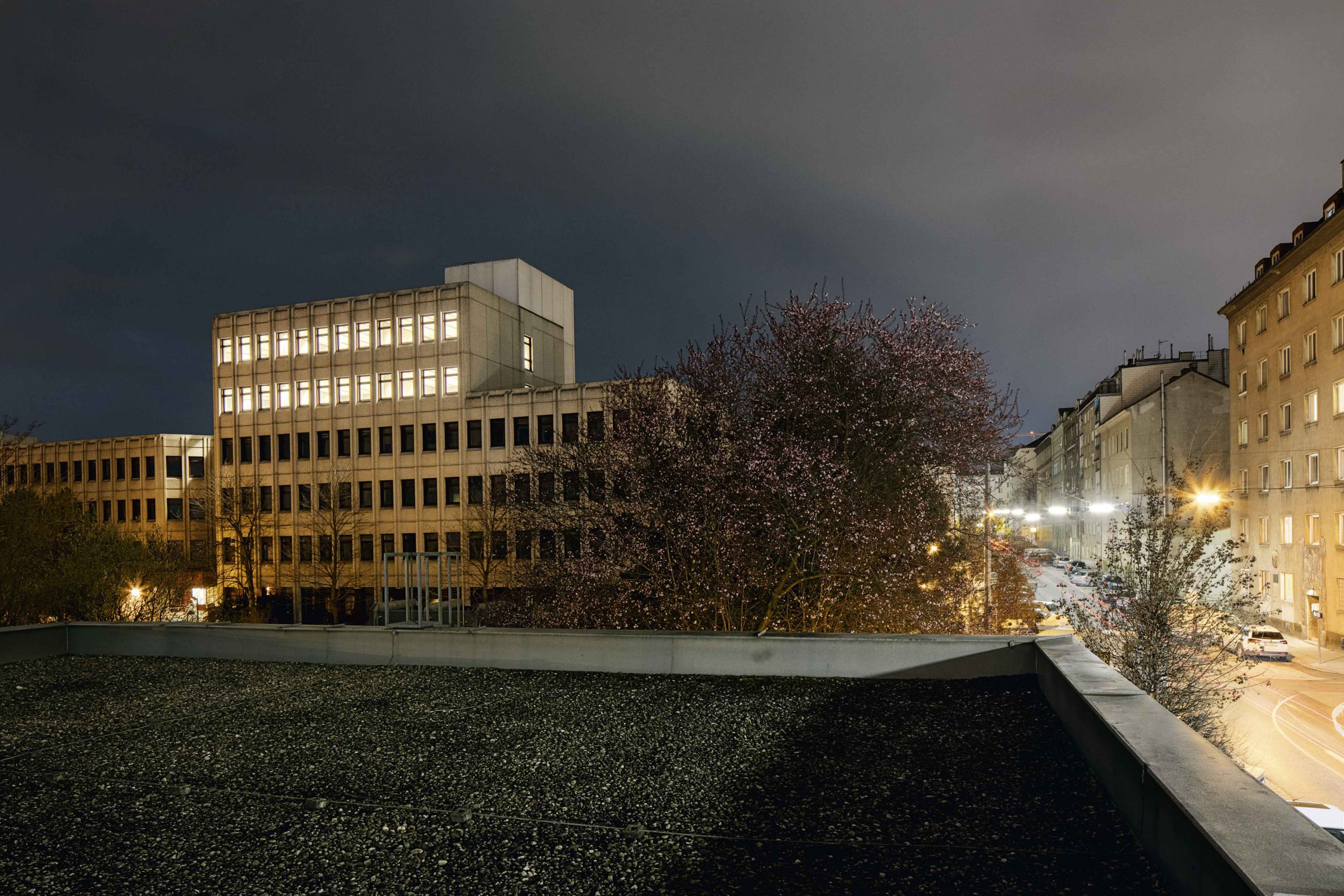 The pilot project Hawi, experimental temporary living, was created as part of “Places for People”, the Austrian contribution to the Venice Architecture Biennale in 2016. It is based on private living units, known as Hawis, which occupy a very small space and combine a maximum of intimacy with the ability to be flexibly opened as desired with the help of moveable elements. Retreat, communication, hospitality – can all be provided rapidly with a minimum of intervention. The Hawis are designed to occupy the broad expanse of an open-plan office. The spaces between these living boxes become semi-public communication zones that the residents – who, in the case of the pilot project, consisted of equal numbers of refugees and students – can also occupy, shape and use as they wish. The newly conceived kitchens, also facilitate familiarisation, communication and, hence, integration. In the previously unused area in front of the office building, a newcirculation system was created in the form of a wooden walkway, while the complex was opened up as the newly named Kempelenpark. The multi-purpose wooden plateau becomes a meeting point – for both the residents and, for the first time, the local population. After two years, a change in government policy towards refugees led to the winding up of the pilot project, despite strong protests from the residents, but the Hawis can be redeployed any time. 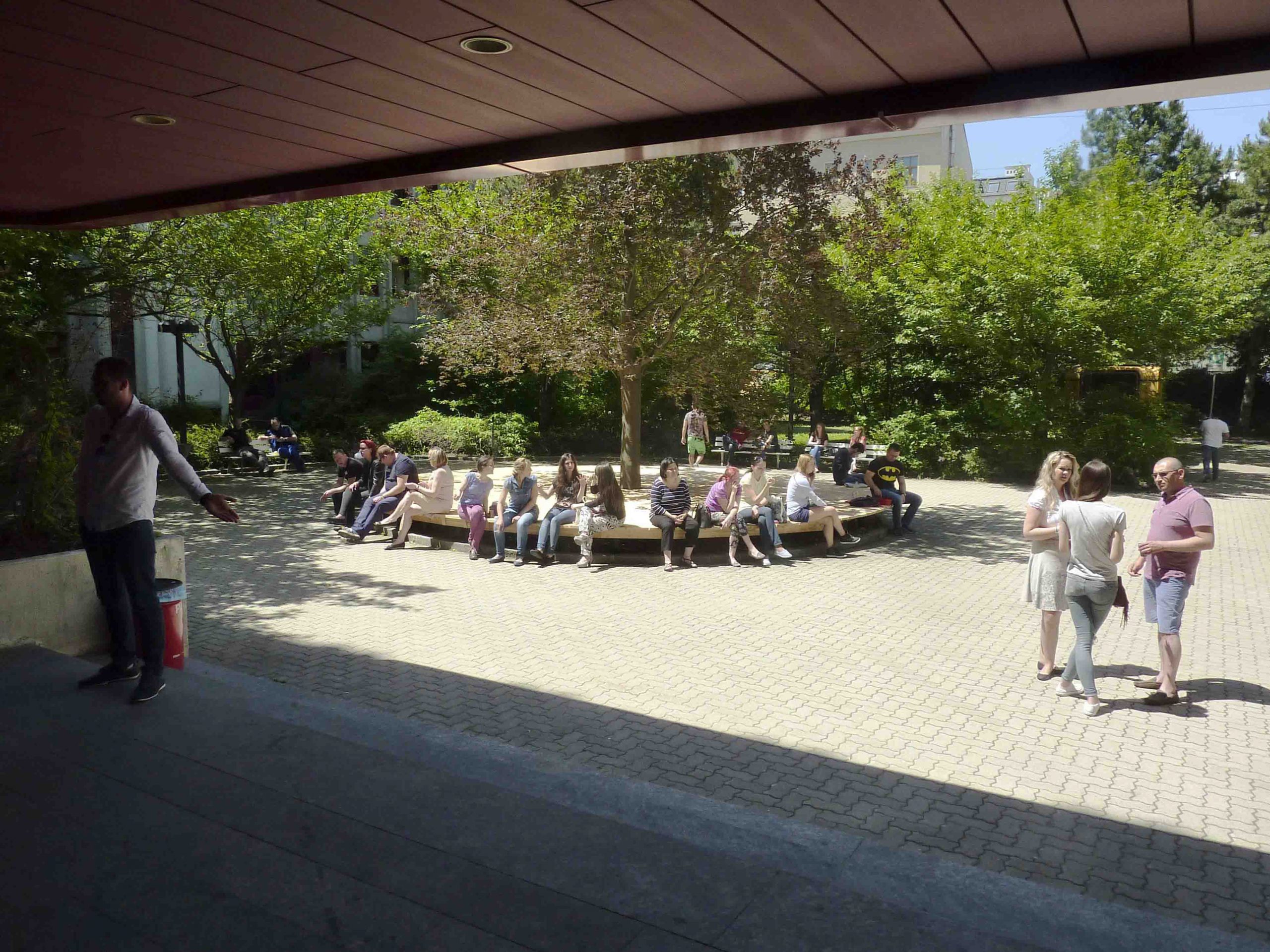