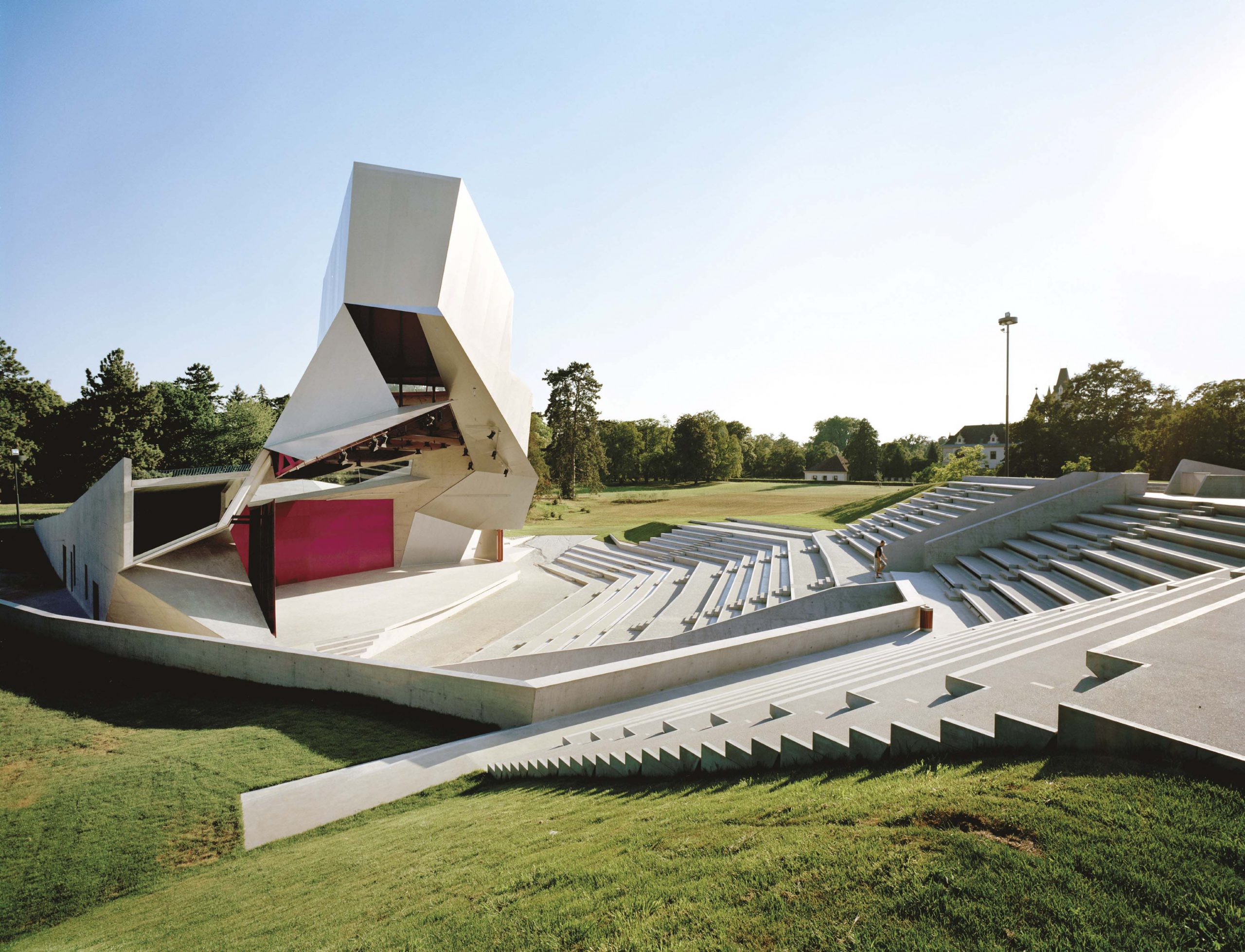 Grafenegg Castle Grounds can be interpreted as a 31-hectare arboretum. The park is a much-loved visitor destination, which has a new highlight – and high point – in the shape of the Wolkenturm. However, rather than seeking to compete with the huge treesthe acoustically acclaimed open-air stage becomesone of these itself. Notwithstanding its concrete and steel construction, the outline of the Wolkenturm merges into the landscape garden, a contemporary intervention in an existing scenography. Woven into the network of paths, the Wolkenturm changes shape, depending upon the direction from which it is approached These paths are consciously positioned to ensure that the constantly changing scenario unfolds like a film. The tower itself puts down its roots in an existing hollow in the ground, while the stage, the auditoriumand the areas of seating on the lawns create a completely new place that knowingly establishes a symbiotic dialogue with its natural surroundings. The area of the stage below the airily sculptural Wolkenturm is also to be understood as an instrument. It captures and concentrates the sound before passing this on to the listeners. In order to optimise both the view and the acoustics, the audience is very close to the performers, which lends the location an agreeable sense of intimacy. The generous backstage area and, if required, the stage itself can also be used for many other sorts of event. 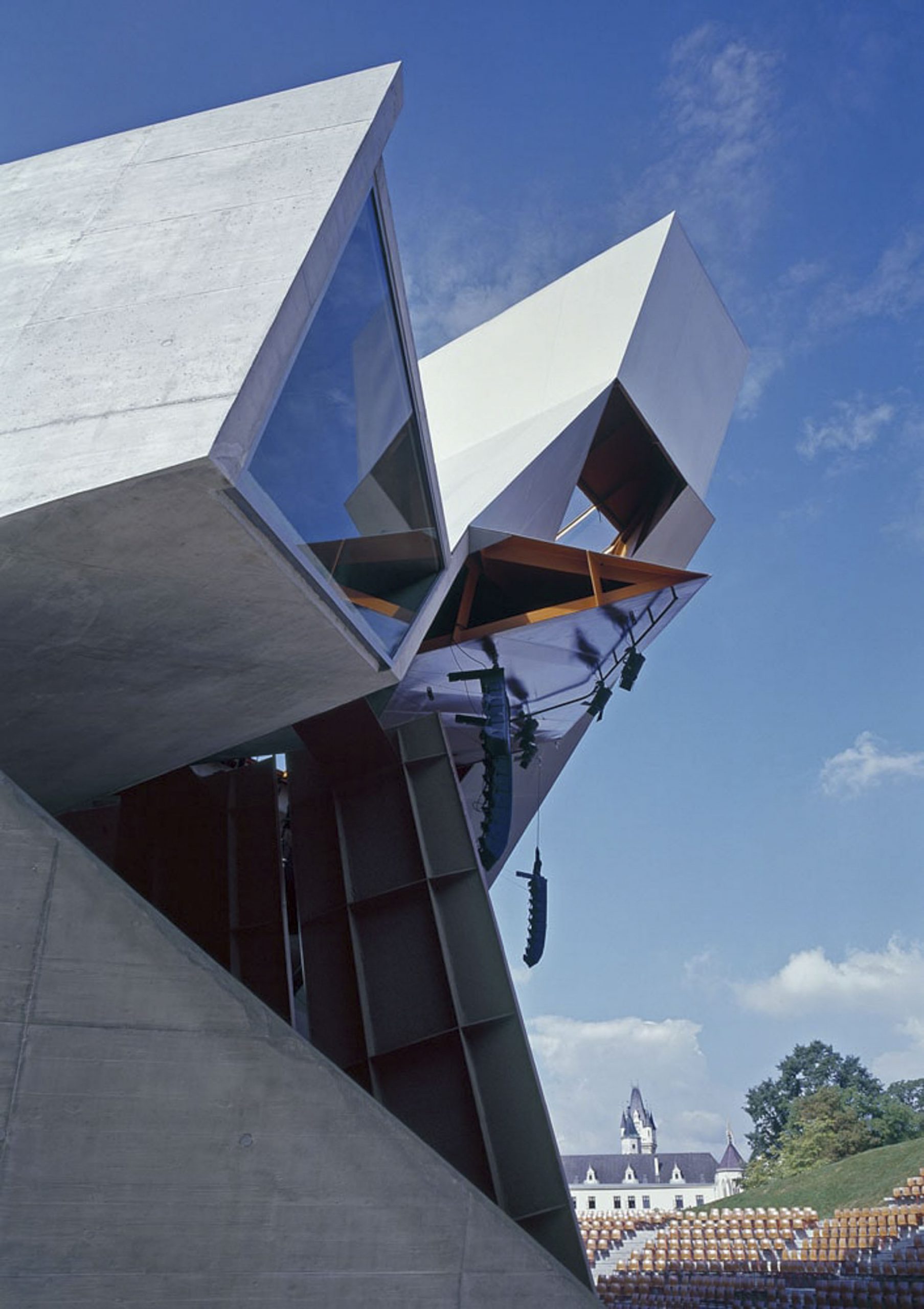 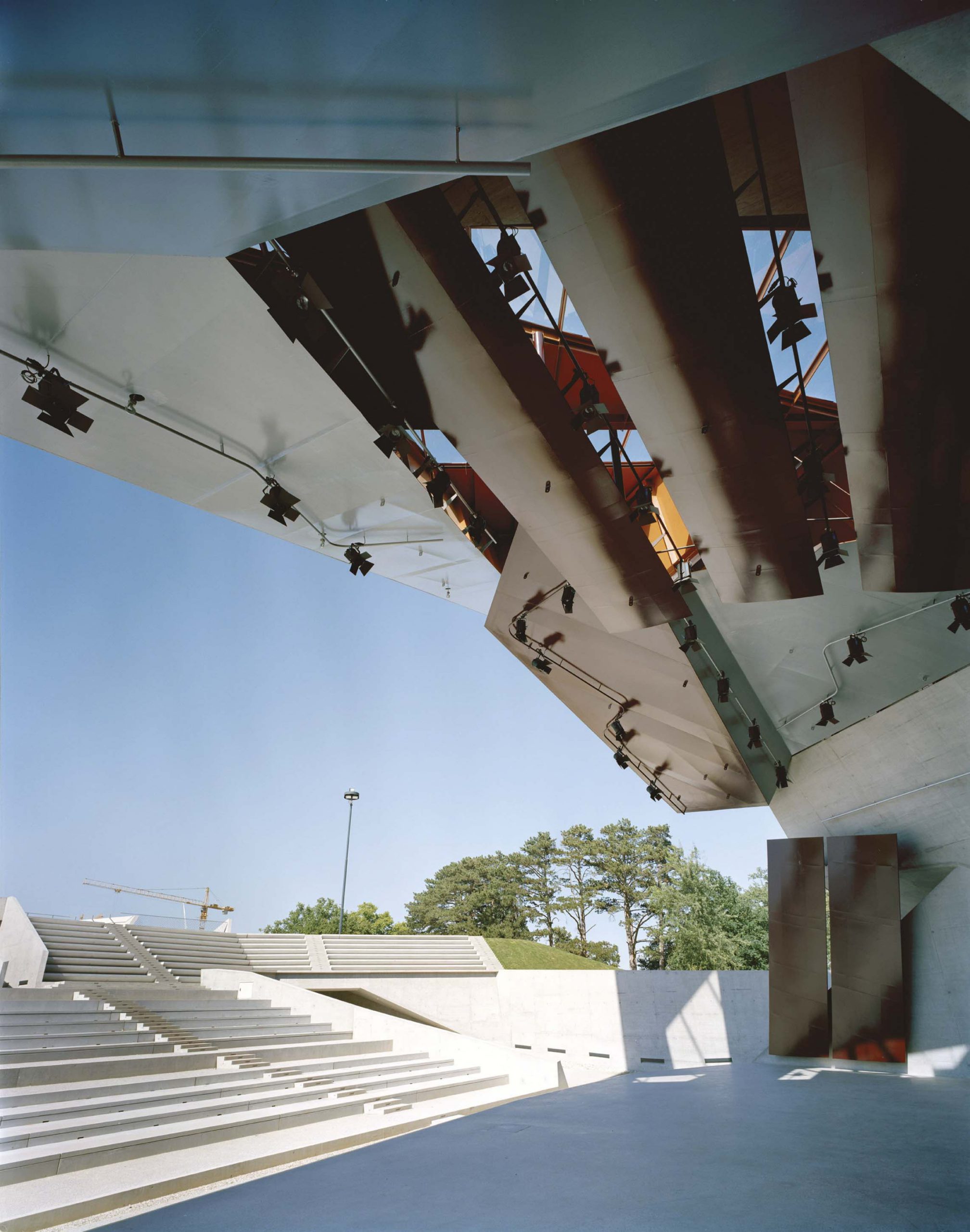 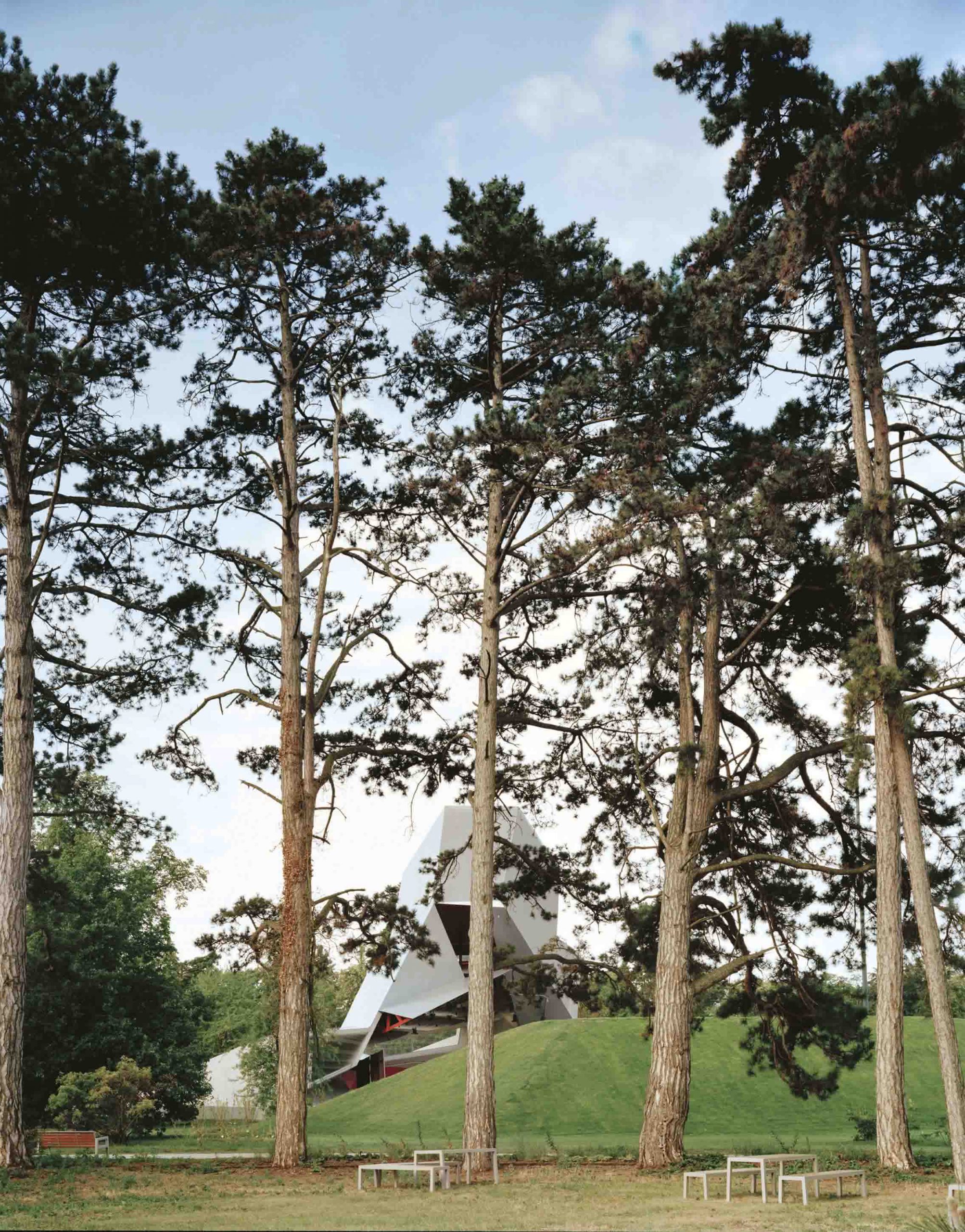 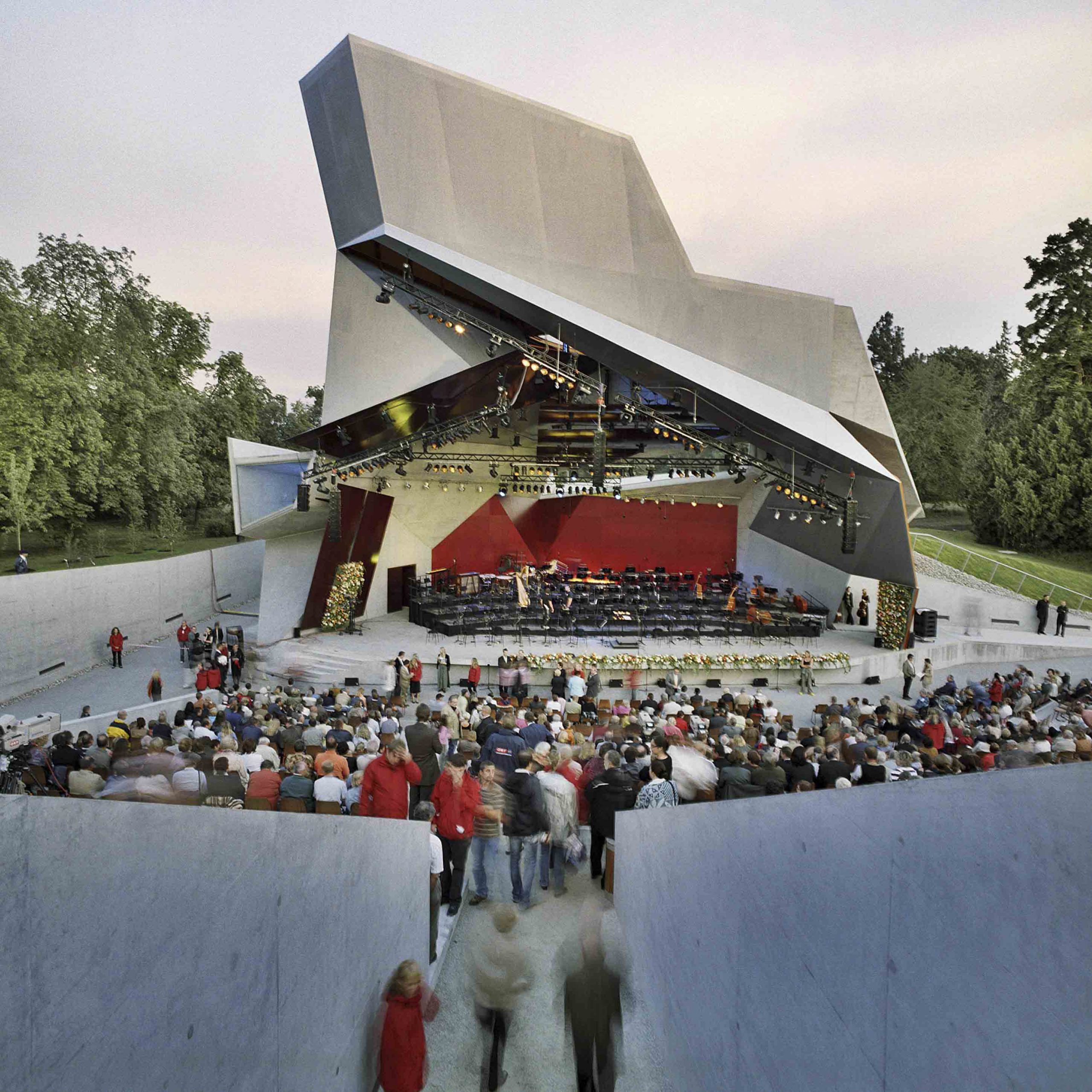 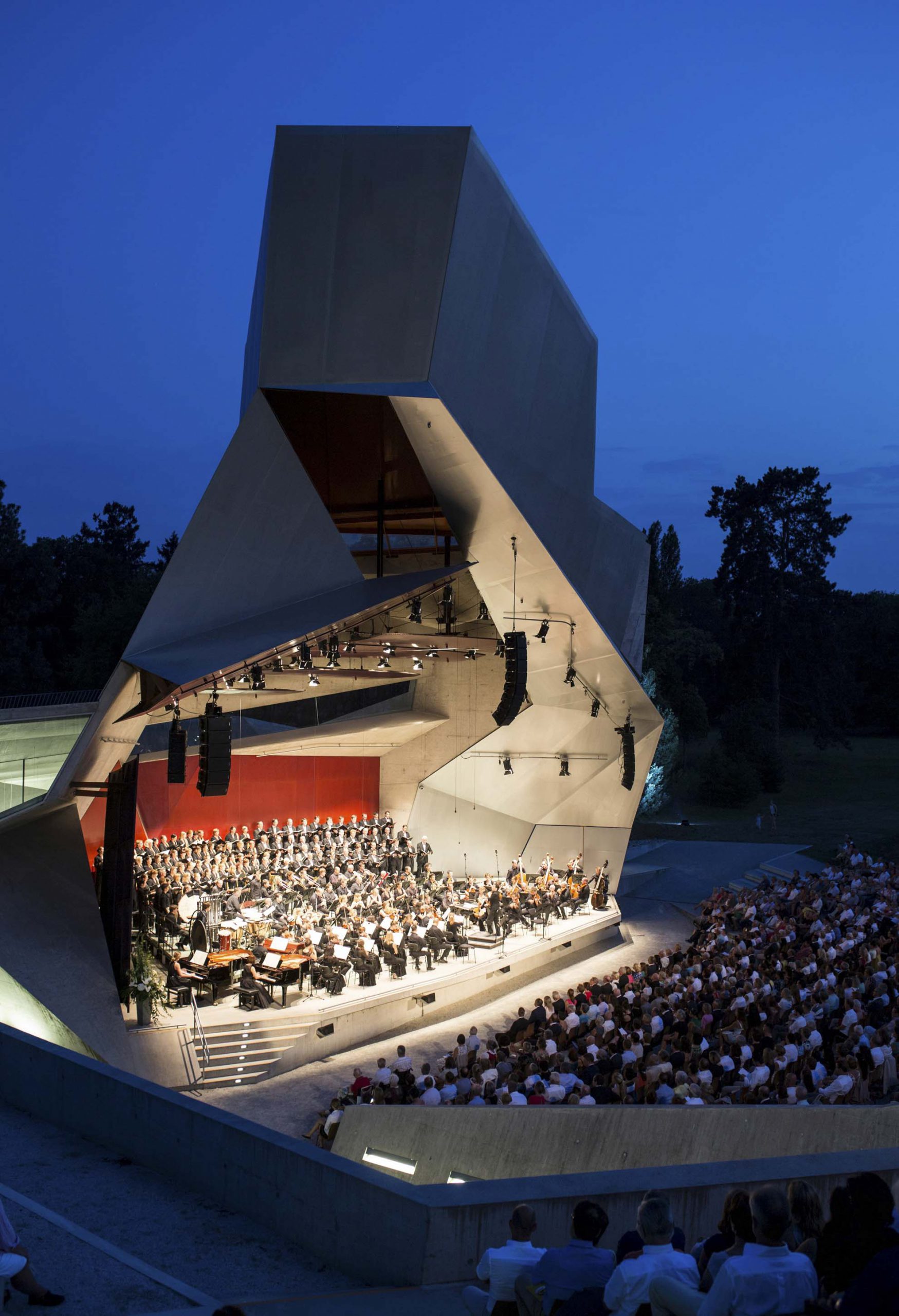